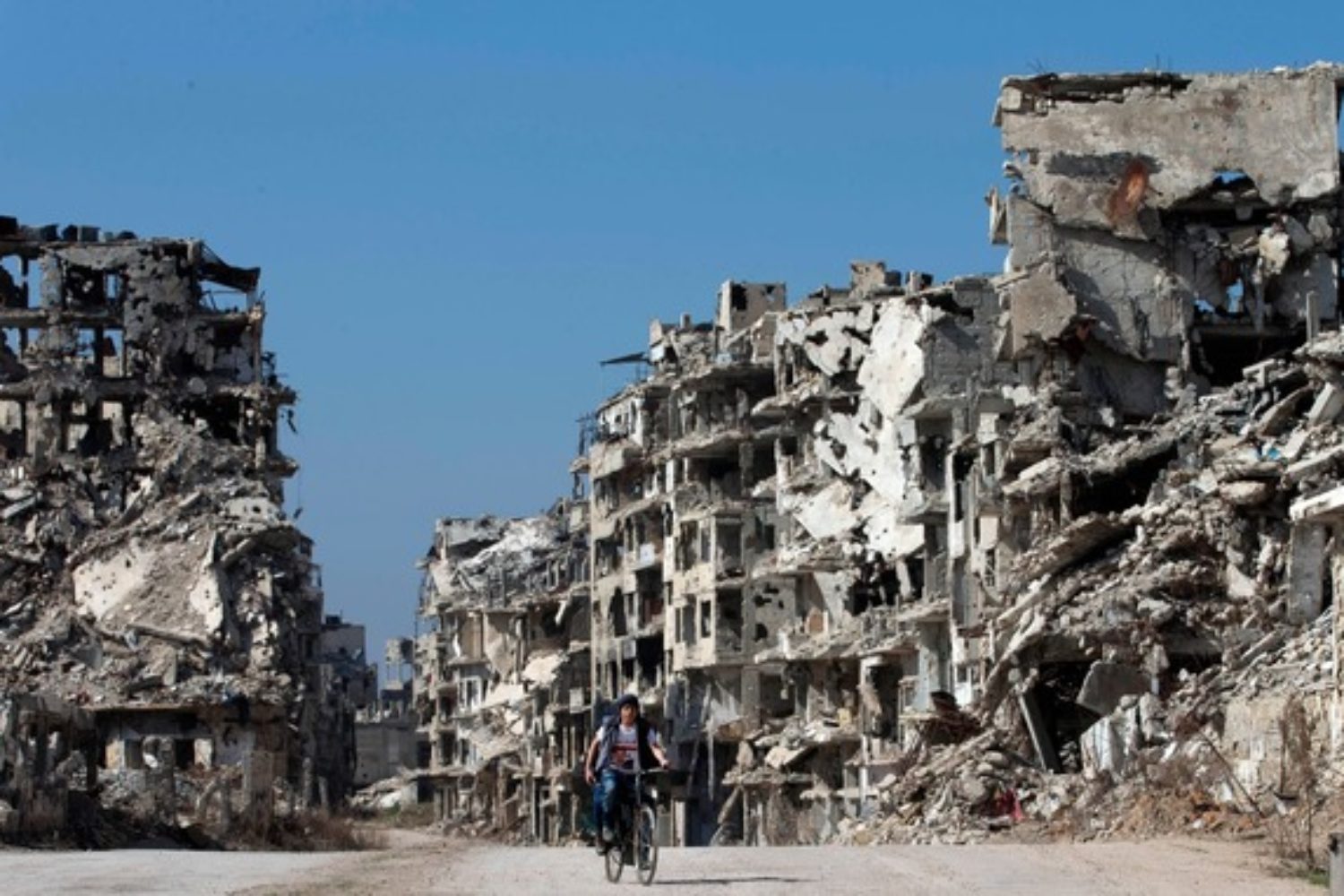 The Untold Story of The CO2 Footprint of Wars, Occupations & Invasions

Cities continue to burn in wildfires from California, Canada, to Greece, Turkey and Algeria as parts of China and Germany fight deluge, floods ravage Nepal and India, droughts suffocate Africa, and we are all now waking up and asking how we got here?

IPCC’s 6th Assessment Report was published in much fanfare today. In the ever heated conversation about the climate emergency, Net Zero and the future of the planet, and the zealous act of singling out the culprits of CO2 emissions, the IOCs (International Oil & Gas Companies), regulated utilities, automobile manufacturers, steel and building materials and civilian airlines are the usual suspects. And yet one industry and the biggest emitter in the world is nowhere to be seen and absent from the carbon trackers of U.N, IPCC, WMO, US EPA or IEA for that matter.

The armed forces and defence sector are the single biggest contributors to CO2 emissions of the planet. What President Biden calls “Forever Wars” (Afghanistan, Iraq, Syria, Libya & Yemen to name a few) have destroyed and demolished many countries and cities on their path, yet nobody has asked for the balance sheet of their scope 1, 2 and 3 CO2 emissions?

As recent as 2015, under the UN Climate Change Declarations countries did not disclose the footprint of their armies at home or abroad. Though that exemption was removed, it still remains “voluntary and they retain the right to decide individually”! As such United States Department of Defence with 750 bases around the world is the largest stealth emitter on planet earth. *

Because of this, the foundation of Emission Matrix for achieving Net Zero is compromised, misguided, futile and a none-starter. While U.S and E.U are stuck in CO2 emissions of individual traffic, housing and fixated-on manufacturing mostly, and plan to apply border tax on imports from countries like China and India, they are acting sober at home and yet intoxicated in theatres of warfare without measuring NATO’s CO2 emissions.

We cannot measure the CO2 emissions of countries only on their own soil. Their military activities, posturing and their global footprint around the world have to be taken into account in a cradle to grave, three sixty calculation from what they consume and use and what they destroy on their path.

And that is why I have written a proposal for urgent creation of a Global Conflicts Carbon Compass or GC3 – a dashboard that can model the carbon footprint of non-UN chartered conflicts and arbitrary wars (e.g. Iraq) in their entirety and accordingly to monitor, measure and report the CO2 emissions of conflicts. Here is simple glimpse to some of the missed outliers in Net Zero narrative:

All of the above will lead to undeclared, uncalculated and unaccountable emissions of some 1 or 2 GtCO2 per annum by United States alone, and potentially another 1 or 2 GtCO2 by other NATO members combined. Correlating the impact of Iraq and Afghanistan wars and their role and contribution to 1.5C can be sobering!

Every CEO, Minister and Sr. Commander knows that you cannot fix what you don’t measure. Yet there is no metrics in place for CO2 of warfare anywhere in the UN Climate Change Declarations by United States or other members of the “Coalition of the Willing”. It is time for forming an independent team of experts across different sciences powered by AI who can develop the appropriate metrics. This must be a priority in mitigating the climate emergency tragedies that are yet to ensue.

The GC3 argues for the urgency of data driven facts, that the collection of serious military emission data should become part of the global climate protection database and that collecting such should not be at discretion of single countries.

People need to understand the overarching injustice that they have to pay individually for their footprint and on top with their taxes to fund the unending and arbitrary wars that contradict all their efforts to reduce CO2 emissions.

The above are only a sample and not to mention the emissions of the reconnaissance, logistics aircrafts or any of the strong 450 airborne tankers of US for mid-air refuelling, or the consumption of the bases, the ground troops or fuel consumption of tanks, armoured vehicles and other infrastructure. And also void of all the scope 1 and 2 of the CO2 emissions of the destruction made on the ground.

The fact that NATO may take convenience in saying “we lack numbers” is inexcusable. The budget and planning offices of all governments are fully aware of their militaries’ consumption in fuel, jet fuel, number of sorties, moving and mobilising troops and weapons. Modelling their real footprint today is possible with AI. Companies like DeepMind have recently predicted the structure of nearly the entire human proteome (that is the full complement of proteins expressed by an organism). So we are at a point that measuring the military’s full cycle of emissions in these wars and simulating the footprint of destruction is entirely possible and only requires political courage, will and sincerity.

As a 1st and vital step The GC3 Global Conflicts Carbon Compass proposes the full measurement of CO2 emissions of wars and the destruction caused by militaries.

A regulatory framework under the auspices of the UN or European parliament to enforce the calculation of carbon footprint of conflicts is the only way to fully mitigate the climate change and to achieve a true and credible Net Zero. It’s time to recognize that the biggest contributors to the global warming issue are unending, unnecessary and damaging military invasions, operations and activities.

Sec. Kerry The US Climate Envoy mentioned, “ I am told by scientists that 50% of the reductions we have to make to get to net zero are going to come from technologies that we don’t yet have.” One of those innovations that can fast track this race is reinvention of the spirit of honesty and sincerity for calling out “the elephant in the room”: The Wars, Occupations & Arbitrary Invasions and their CO2 emissions over the past 50 years. ****

There is only one way to Net Zero and clean energy, and that is to start by coming clean about the emissions of all wars and conflicts.

Ali Borhani is the Managing Director of 3Sixty Strategic Advisors Ltd. It is the readers’ responsibility to verify their own facts. The views and opinions expressed in this article/commentary are those of the author’s and do not necessarily reflect the official policy or position of any other individual, agency, organization, employer or company. He can be reached at [email protected]

* * Brown University – Pentagon Fuel Use, Climate Change, and the Costs of War

*** BBC: Climate change: The massive CO2 emitter you may not know about

**** The Guardian-May 2021 Half of emissions cuts will come from future tech, says John Kerry-