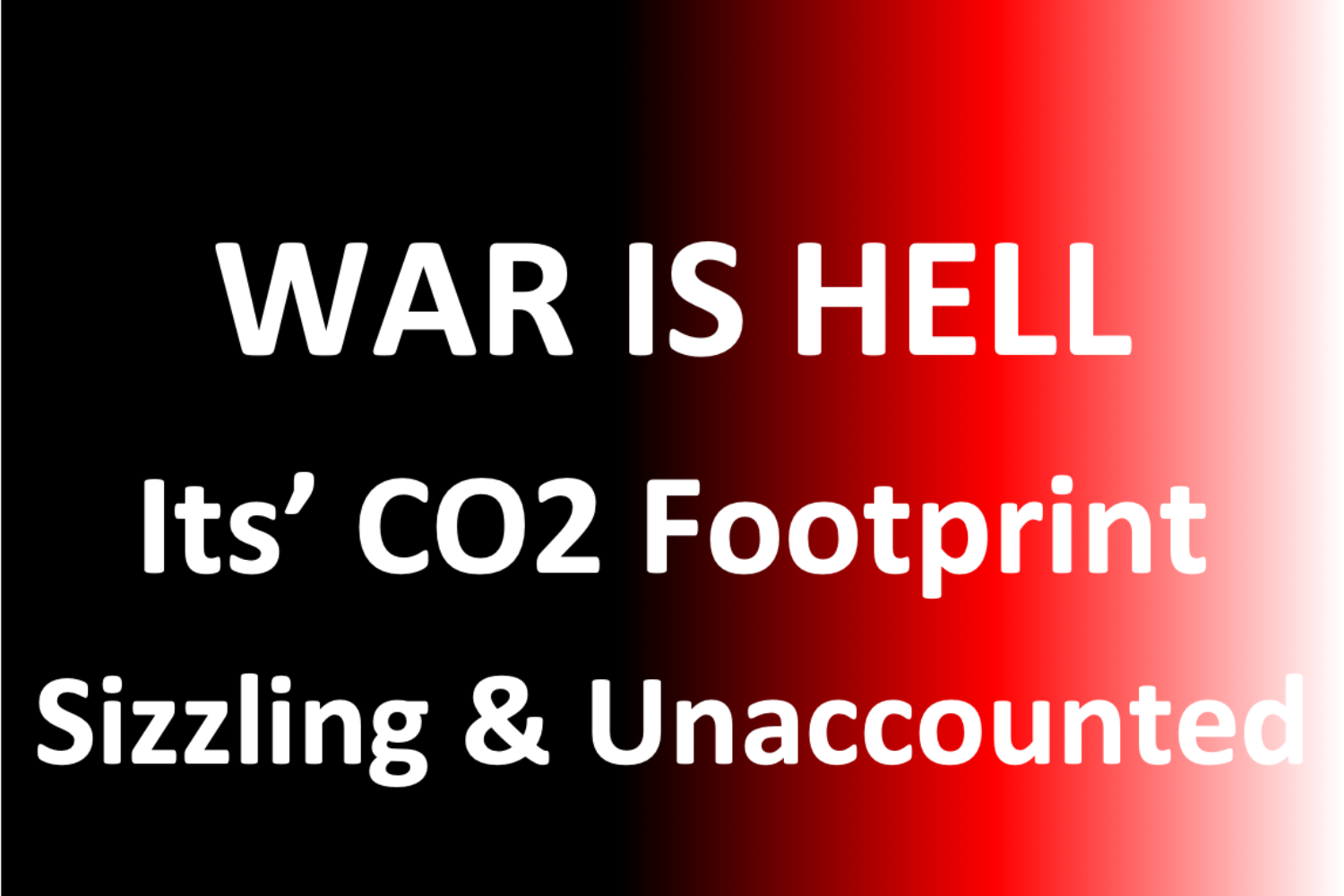 The cost of Afghanistan war is far greater than just the number of causalities of innocent Afghans men, women and children and the young men & women in uniform who have lost their precious young lives. The real cost of Afghanistan’s war will be a bill sent to each and every single citizen, household in the world in form of a “Climate Change Tragedy Dividend” courtesy of Special Interest Groups.

When the mightiest army in the world with its so called “Coalition of the Willing” bombards a region, or in this specific case Afghanistan for 20 years straight and takes pride in having dropped the 21,600 pounds MOAB or Mother Of All Bombs https://bit.ly/3mQMD7s we should have started to worry way sooner on how badly things were shaping in Afghanistan.

After all this loss, heartache and carnage and squandering of national, and international resources to hear John Kirby saying that U.S is trying to “de-conflict and prevent miscalculation and misunderstandings” with Taliban makes any sane human being’s head twist.

At the time of dropping MOAB Pentagon stated “It is expected that the weapon will have a substantial psychological effect on those who witness its use.” To the heads of Taliban the psychological effect has been somewhat non-existent, seeing them parading in U.S military vehicles and flying their helicopters with Taliban flag. One can only say that MOAB has been Mother Of All Blunders. As for the Afghans and the world community the substantial psychological scars and posttraumatic stress disorder is yet to engulf the world like a tsunami.

United States and European Capitals talk loudly and beat their chests on the urgency for climate change, yet they dropped millions of tonnes of bombs, consuming millions of litres of fuel and turned a region and its countries into a “military laboratory test ground”. Doing so in a region that has to grapple with massive environmental challenges, soil degradation, water scarcity and high youth unemployment is nothing short but myopic and criminal. All of these double standards suck out the air of credibility from the lungs of Net Zero goals.

Without measuring the CO2 emissions of wars, conflicts and invasions of the past 20-years Net Zero will be a colossal failure like Afghan war itself. We are in a Zero Sum game with Mother Nature & it would be beyond naïve to think or assume that we can fool the nature.

Mother Nature doesn’t have a propaganda machine, nor issues press releases, or glossy newsletters on where it will strike next from floods in New York (Storm Ida), China, and Germany to wildfires it has demonstrated its own might and “Napalm” effect in wild fires engulfing the world and reminding us that we should and must change course and we can’t win this war.

Talking of Napalm, these days there is a lot of comparison between Vietnam vs. Afghanistan, yet in Vietnam U.S dropped 7 Million Tonnes of bombs and yet in Afghanistan this figure can be easily 2 or 3 folds higher. And that is Afghanistan alone not Iraq and other ”Forever Wars”!

Climate Change modellers who are fixated on Catastrophe Risk predict earthquakes, floods and tropical storms. All are working in Hubris and their analysis is to put it mildly: flawed. None of them are dealing with factual numbers of real global emissions. Non-existing data on wars is the major risk factor in properly assessing the real increase in temperatures of planet earth, and remains a constant by policy indifference.

As such not reckoning the footprint of CO2 emissions of Afghanistan, Iraq, Libya, Syria and Yemen wars is nothing short but running a “creative accounting” for achieving Net Zero – somehow its similar to Bernie Madoff’s Ponzi Scheme. The house will fall down soon.

Wars create refugees and while UN Refugee Agency today has to deal with the displaced war thorn innocent mothers and children and people from these occupied, invaded and ravaged countries, the biggest wave of climate refugees have not even started marching towards Europe. For the western capitals that have been engaged in these decade long Wars of Choice, the biggest and hardest policy questions that are yet to be answered are centred on mass migration. Being indifferent to people falling from airplanes, or leaving them stranded on runways is one thing, turning millions away from one’s borders will be much more complex and almost impossible.

Many in D.C think leaving Afghanistan will allow them to free resources to focus on a potential conflict with China. The biggest emission in D.C is Hubris and it’s largest addiction to Wars. Across the Atlantic the largest emission in Brussels & London is Blind Folded Obedience to D.C and largest addiction to Special Relationship. The McNamara Fallacy continues to live on. For everything else there is MOAB!